Staghorn sumac drupe on the ice

Staghorn sumac is a shrub or low tree that has flowers that are replaced with drupes, hard coated seeds with bright red hairs. Don’t they look brilliant against the ice?

Moss from a tree, or maybe a rock

I’m wanting to learn more about mosses, lichens, and algae. Right now I enjoy the bright green against clear.

Look closer at the “litter” and you’ll see needles and bits of cones from the hemlocks that surround this patch of snow. Someone has been busy: either nibbling animals and pecking birds, or the wind–or both.

A bee, caught by freezing temperatures

I thought this was another bit of plant or rock, until I took a second look.

Snow and ice are not just white, or clear; items fall to rest on them, things we wouldn’t see if they fell on dark dirt or leaves.

What do you see, when you stop to really look? When you lean in close? 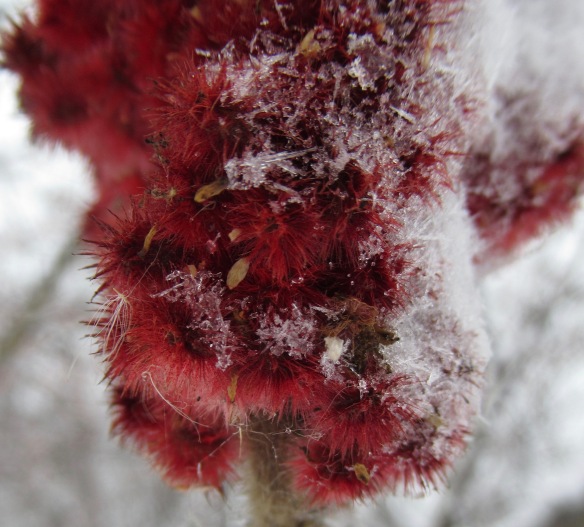 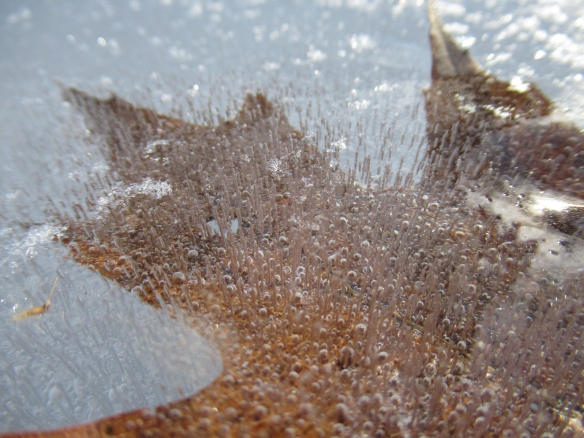